Happenstance is an exhibition of works by nine artists based in Los Angeles and New York. It began two years ago in California with initial conversations involving the work of Michael Queenland, Ruben Ochoa and Amir Zaki. It did not happen as spontaneously and immediately as planned, while life got in the way.

The exhibition investigates subtle, absurd and fantastical spatial and temporal experiments, based on chance and construction, primarily in the mediums of photography, video and sculpture, in an effort to question translation, invention and perception. Many of the artists in the show engage in a process that Mark Godfrey has noted in an Artforum article entitled “Image Structures: Photography and Sculpture” (February 2005): “photography and sculpture have entered a more complex phase of their relationship, folding over each other, reversing positions, flipping back and forth, the one becoming the other.”

In the conjunction with the opening of Happenstance, My Barbarian, the eclectic, music and performance group from Los Angeles will perform at Harris Lieberman on Saturday, November 19 at 7 pm.

A Kiss For Fredrik Nilsen And His Documentation Of That Kiss (With Subsequent Generations), 2004-05

The Garden of Earthly Delights, 2004 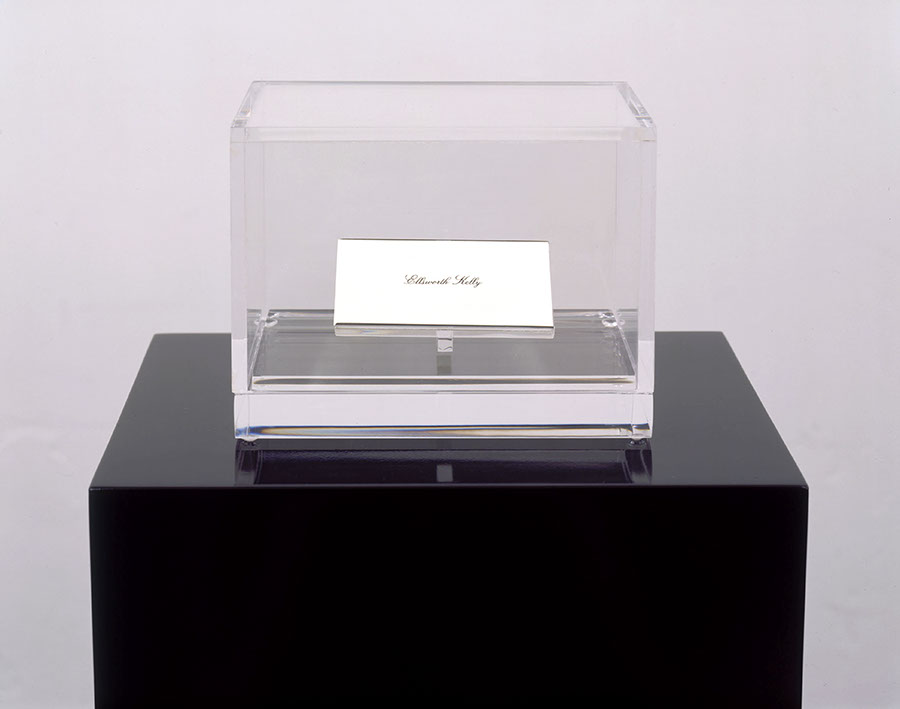 In 1975, Joe Zucker created “Burp,” one of his storied Cotton Ball Paintings. Zucker’s cotton project problematized many aspects of artistic practice in general and, specifically, pitted minimalist and Pop art subjects against each other. In “Burp,” Zucker’s common use of antebellum and Civil War era iconography is present in the form of a cartoonish bol weevil, whose presence refers to the disturbing conditions of cotton production as well as the materiality of the cotton painting itself. Mind Over Manner takes Zucker’s cue in exploring the work of seven emerging artists who also struggle to ply their compositions with an accessible and relevant subtext.

Dominik Halmer denies the notion of beauty altogether in his ecstatic canvases. By rejecting taste as a guide, he paints from the unconscious, letting colors vacillate between muddy and fluorescent. In Halmer’s large-scale work, his abstract strokes commingle with figures of grotesque hands and cartoonish dolls.

Conversely, Lisa Tan and Jeff Grant cultivate an austere aesthetic, which underpins their conceptual compositions. Working mainly with silhouettes, Grant layers gothic and suburban imagery in his ink drawings on mylar, hinting at dark mythologies underlying the social fabric. Lisa Tan’s sculpture, “Ellsworth Kelly,” is based on a gift of name cards she gave to the artist after having dinner with him in Los Angeles. By encasing one of these cards with Kelly’s name atop a black, lacquered pedestal and under a plexiglas vitrine, Tan investigates how names are elevated and abstracted to stand-in for larger ideas and bodies of work.

Painters Matt Saunders and Lesley Vance share a romantic affinity. Saunders’ three paintings made on large sheets of mylar, depict three actresses caught on the brink of sleep. Painted on both sides and to the outer edges of the mylar, these beautiful, cryptic scenes (culled from film stills) resonate on screens of the artist’s making. Influenced in part by Warhol’s “Sleep,” these pictures form their own rendition of the film screen, moving the representational plane into new territory.

In the overgrown, cannibalistic forests crowding Lesley Vance’s two paintings, Vance correlates beauty and danger, turning landscapes on their ear, meanwhile leaving her pictures unresolved with areas that lack density and belie the perfection of the paintings.

Swiss artist, David Renggli, creates mystery with banal objects through the use of mirroring, doubling and unreal relationships. In his ceramic twig sculpture, Renggli carves out the words, "Lust and Moral" from the beak of a small bird. Painted in brown glacé, the twig could mirror human excrement, therefore shuttling the viewer back and forth from amusement and revulsion.

In Kent Henricksen’s harrowing canvases made from bourgeois tapestries, he takes existing scenes and twists their bucolic intent. Through embroidery, Henricksen uses techniques germane to his materials to turn docile decorative art into work haunted by ghosts and murderous hoods. 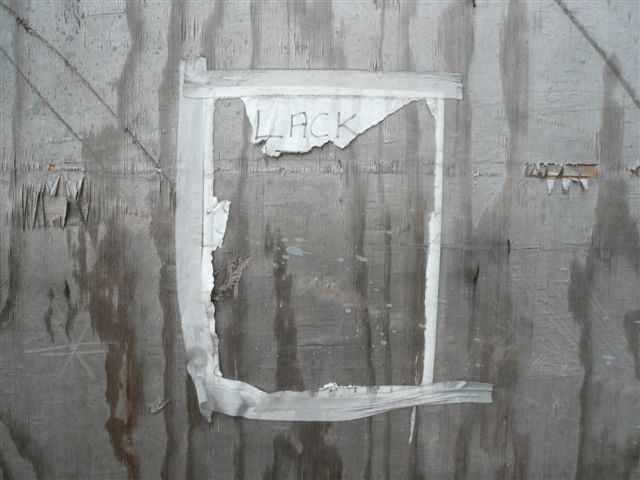 In the Neighborhood of Infinity